…and the people said “HELL NO!”

Note: The context of this post was written in October 2014. Although, I have moved through the rawness of the feelings shared here, I believe it’s important to share process. Our faith walk is not always pretty. Believers do a great injustice to fellow Believers within their proximity when they make-believe there is no hardship in love.

Your love will be rejected repeatedly. People will hate you through no effort of your own. Love anyway.

One of my first blog posts was titled, “Can I love you?” In it, I described how I was a beggar for love with a deep desire to reach out to everyone within my proximity with openness, joy and acceptance of who they are. That was in 2009. By the end of 2014, I felt completely defeated and infected. Corrupt. Depleted. Jaded and hated. I can’t name one person that I’ve attempted to have a relationship with who is an active part of my life today. Worst still – I no longer care. I view that whole process of reaching out and being rejected, making myself available only to be ignored, offering help only to be passed over, issuing invitations and being cancelled out, opening myself to those who continually shut me out – I view all of this as God ruthlessly pruning my life and fusing His Spirit into me more deeply.

There is now a hardness about me that wasn’t there before I asked to be a lover of people. That’s not to say that I’ve become hard-hearted. Quite the contrary, my heart is extremely tender – it feels and sees more now than ever before. But it’s also well-protected. It’s no longer open to anything-or-everyone who simply crosses my path. I am operating on an invitation-only system. I am free to shake the dust of the inhospitable from my feet and I revel in the release that revelation provides me.

I used to love with a purity of hope…

We cannot know how deep or resilient hope is until we experience its revival after a period of devastation. I’ve experienced the revival of my hope, so I no longer think it’s possible for me to be hopeless. However, my hope has become abstract in a murky darkness. There is no longer any detail in my vision and no fire in my passions. This is not a report claiming that love has failed – for that would be an impossible lie. I am reporting that the people I have crossed paths with have not been interested in a love that looks like me, sounds like me, feels like me. I’ve been observing how people are not interested in sharing time or conversation with me. There are certainly those who are content to dump their trash into my ears but those are not the ones who choose to share any measure of joy with me.

What is shared between people molds the relationship they have.

I’ve noticed how people rush pass me or turn about to rush in the opposite direction when I approach. It was a little intriguing at first – much like wondering if there was a mark on my forehead that discouraged attempts to connect. Luckily, I got past the idea that something was wrong with me. Unfortunately, getting past that, led to intense disgust with people. The disgust came from the fact that I have lived my life to be the best person I can be. That doesn’t mean I’m always everybody’s idea of a great person when we share time and space. It means that I constantly work on being present and engaged, available and honest as I move through this world. I don’t speak in niceties, I speak my truth. I have committed myself, for as long as I can remember, to only speaking my truth and presenting my sincerely authentic self to the world in every moment of interaction. My truth and authenticity may not always be pretty or bouncy or joyful or what the world prefers, but it has always been me at my most basic. Me at my most human. What my journey has shown me is that even though I have striven to be open and honest and sincere and accepting of people as they are, those same people were not interested in accepting me as I am. Over and over again that’s what the disregard, neglect, rejection and general hatred amounts to. Whoever I am, whatever I am seen to represent is not wanted. I am not seen as necessary or valuable.

In my disgust, I remembered Jesus on the cross. He too was rejected by the masses. I’ve asked Him numerous times, “Dear Jesus, how did you keep yourself from stepping down off the cross and killing everyone cheering for your death? Certainly you could have done that and then climbed back up onto the cross to give Your Life for the rest of the world?” Just a thought. Ruminating on how Jesus, in all His power and glory, could continue to fully execute God’s plan for His life IN THE FACE of hatred and WITHIN HEARING of shouted blasphemies humbled me in a such a profound way.

Since the beginning of our human story, people have been saying, “hell no; no thanks; that’s ok; uhhh… I’ll pass; maybe next time” to God. God offered paradise. Adam and Eve wanted something else. God gave individuals the right to rule themselves and their territories. People asked for a king to rule them instead. God provided a sacrifice to absolve mankind of all its sins in the person of Jesus Christ. People choose continually not to believe or accept the sacrifice. Jesus lived as an example for all to follow, yet so many give up seeking along the way.

I don’t want to say hell no, no thanks to my Lord and Savior. I don’t want to be so beaten down by the world that I give up my anointing due to weariness and disappointment.

It was in asking Jesus how He kept from destroying the people who not only eagerly sought to destroy Him, but actually taunted Him to destroy them, that I better understood the choice to love.

People walked by and insulted Jesus and shook their heads, saying, “You said you could destroy the Temple and build it again in three days. So save yourself! Come down from that cross if you are really the Son of God!” ~ Matthew 27:39-40

I thought my faith journey would only produce more love, joy, peace and wisdom. The world teaches that love is a soft thing – warm, cuddly, tender, weak. Perhaps those who bask in the labor of someone else’s love experiences warmth and softness, but those who labor to love… well we weather tempestuous storms, debilitating uncertainty and endure heart-breaking on-the-job training. We don’t immediately see the benefits of the humiliation, shame, loneliness, sadness, abuse or temptations that hammer at us throughout the workday. But when we get to a certain point on our walk, we are able to look back and see where one humiliation prepared us for the next… until humiliation was no longer a concern. We see how shame shrouded us in darkness… until we decided to cast off the weight of shame and expose ourselves to more light. We can look back and see how loneliness felt excruciating for a time… but it was only in our aloneness that we were able to draw closer to God. There is a reason for everything connected to our life. There is a purpose for each season we are presented with on our journey. Keep walking. Keep trusting our Lord and Savior. Choose to love by continually choosing to receive the Love presented to you.

Every year at the time of Passover the governor would free one prisoner whom the people chose. At that time there was a man in prison, named Barabbas, who was known to be very bad. When the people gathered at Pilate’s house, Pilate said, “Whom do you want me to set free: Barabbas or Jesus who is called the Christ?” Pilate knew that they turned Jesus in to him because they were jealous.

While Pilate was sitting there on the judge’s seat, his wife sent this message to him: “Don’t do anything to that man, because he is innocent. Today I had a dream about him, and it troubled me very much.”

But the leading priests and elders convinced the crowd to ask for Barabbas to be freed and for Jesus to be killed.

Pilate said, “I have Barabbas and Jesus. Which do you want me to set free for you?”

Pilate asked, “So what should I do with Jesus, the one called the Christ?”

They all answered, “Crucify him!”

Pilate asked, “Why? What wrong has he done?”

But they shouted louder, “Crucify him!”

When Pilate saw that he could do nothing about this and that a riot was starting, he took some water and washed his hands in front of the crowd. Then he said, “I am not guilty of this man’s death. You are the ones who are causing it!”

All the people answered, “We and our children will be responsible for his death.”

Then he set Barabbas free. But Jesus was beaten with whips and handed over to the soldiers to be crucified. ~ Matthew 26:15-26

He Knows by Jeremy Camp 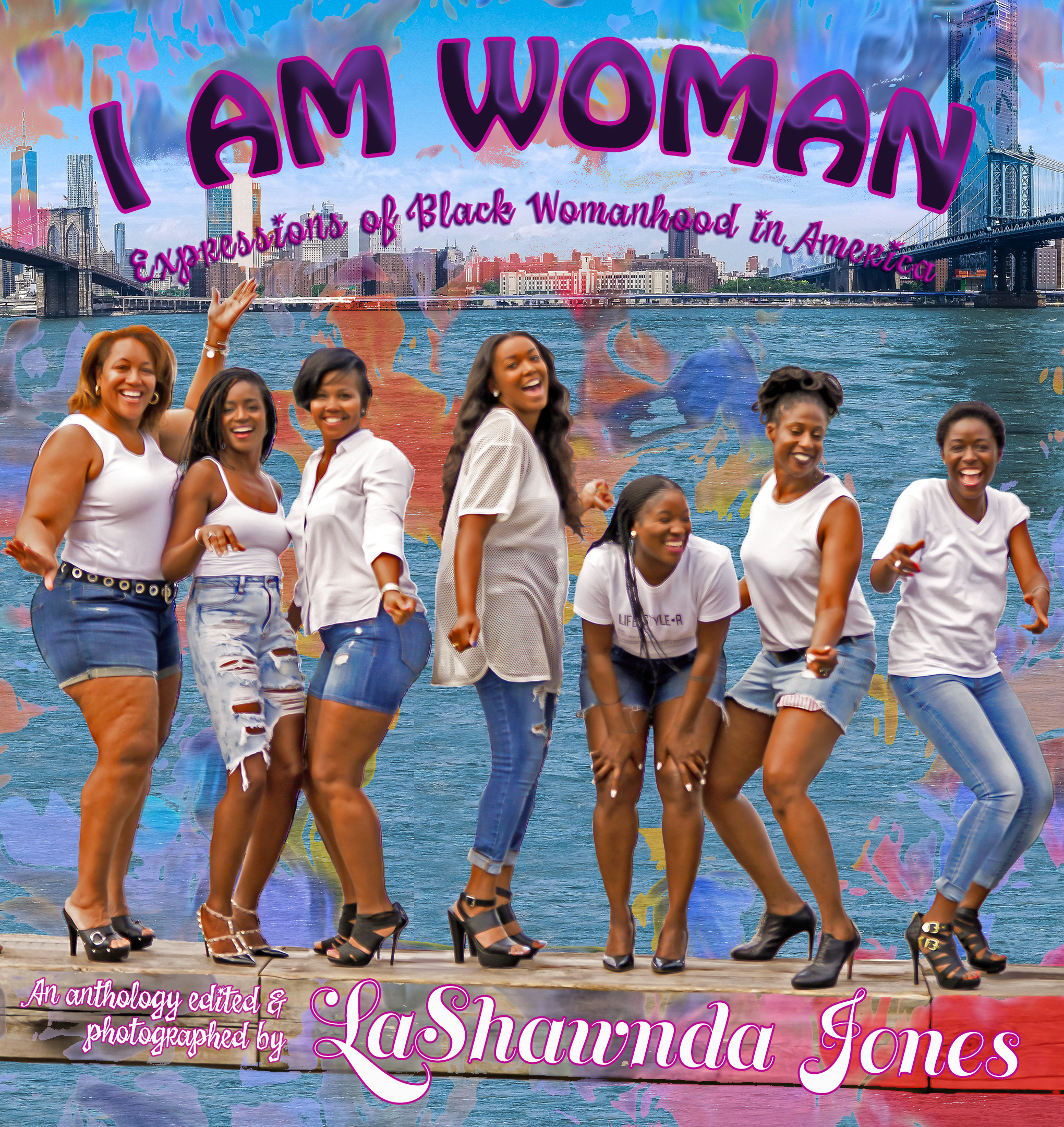